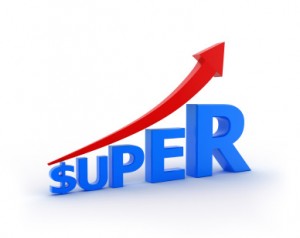 Keep abreast of the government’s increase to superannuation payable.

As we provide our Small Business Management Course, and with so many of those who complete our MYOB Course running their own businesses, many of our readers will know that the Superannuation Guarantee (SG) rate today increased to 9.25% in a government scheme that will see the SG rate increase incrementally until it reaches 12% in 2019-2020.

The increase to the SG rate follows 2010’s Henry Review, which identified that the number of Australians over the age of 65 would increase from 3 million to 8.5 million by 2050.

Who Pays? Workers or Employers?

The scheme can be seen as a coup for workers. Business owners, however, will receive no government assistance in meeting the new rate. As such, the scheme has been criticised by some economists who believe it will adversely affect low-income earners.

Writing for ABC’s The Drum, Sinclair Davidson a professor in the School of Economics, Finance and Marketing at RMIT University, called compulsory superannuation a “fiscal illusion”.

While the government will kick in an extra $500 for those low-income earners taking home less than $37,000 per year, the increase to the SG rate for most workers will mean a reduction in their take-home pay, though maybe not immediately.

Conceding that many employers will reduce pay rises in order to offset the cost of the SG rate increase, the government has, however, cautioned business owners that breaking wage agreements won’t be tolerated.

But given most employers now advertise salaries as a “package” that includes superannuation, holiday and sick leave, annual leave-loading, overtime, and the like, a $60k salary package just became $150 lighter almost overnight.

On the upside, however, by increasing compulsory super contributions by 3 percent, an aggregate $500 billion will be added to the existing pool of superannuation savings by 2050.

For a full schedule of the SG rate increases visit the Future Tax Website.