Current unemployment rate highest in Australia than peak of GFC

Is there security in being an employee? 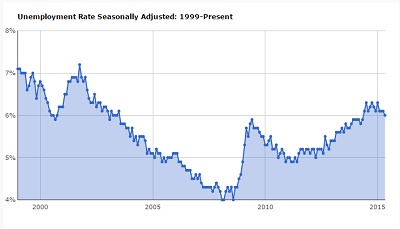 The Australian Bureau of Statistics recently announced that the unemployment rate had fallen to 6 percent; news that was probably met with a collective mopping of eyebrows and sighs of relief from the Abbott government which has been plagued by high unemployment rates since taking office.

It was supposed to signal that the Government’s policies were working; jobs had been created and confidence restored to the economy. Unfortunately all it really did was cause more economists to question the reliability of the ABS unemployment figures, which posted inexplicable employment gains in Western Australia, showing that unemployment had fallen 22 percent in just one month.

The problem with how unemployment is calculated

The other problem with ABS unemployment data is that it doesn’t discern between part-time and full-time employment, nor does it take underemployment into account. This means that, if you’ve been employed for as little as one hour of paid or unpaid work in the four weeks prior to the survey, the ABS considers you to be ‘in the labour force’.

Thus the resulting data, which is published in the Labour Force series each month, is stunningly tone deaf to people who are either underemployed or underutilised in the workforce. It also hides the increasing number of jobs that are only part-time or temporary contracts. For people still employed under the traditional model of employment – that is, being employed by one employer at a time – it’s a daunting future they face, as part-time employment continues to soar (by more than 40 percent since 2002), while full-time work has seen only modest gains (just 24 percent since 2002).

What does this mean for you? 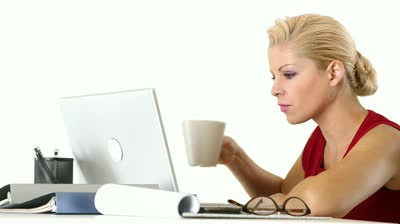 A lot of the increase in part-time employment over full-time work is due to the way technologies have changed the way we work, a phenomenon that’s neither new nor unusual. The industrial revolution and the utilisation of machinery over manual labour, for instance, helped reduce the typical working day from more than twelve hours to the standard eight hours we’re familiar with today.

Today, newer technologies, like VoIP Hosted Telephone Systems, are having the same impact on working hours that they did in the eighteenth and early-nineteenth centuries, reducing the need for businesses to employ a full-time receptionist in favour of a part-time one, for example.

The good news is that, as the Internet and services like Dropbox, Redbooth, and Google Docs make it easy to collaborate with remote workers scattered across the country (and the world), people can take advantage of the increasing number of part-time positions available by starting their own home-based businesses.

Even marketing and sales jobs are being replaced by automated online digital marketing systems that give buyers all of the information they want. The sales process used to be labour intensive with followup calls and visits but now an automated email system can do most of the work.

Few people can subsist on a few hours of work a week, and part-time work in the traditional sense – going into a workplace for a few hours out of each day – makes having more than one part-time job near impossible as they often conflict with each other. Working from home, however, makes having more than one part-time job easy to maintain because it involves no travel and offers greater flexibility.

Rather than working between 9am and 3pm, you can elect to start work at 7am and still squeeze in a few more hours of work for another client before it’s time to focus on getting the dinner ready and spending time with the family. Alternatively, you may choose to work in the evenings after everyone else has gone to bed.

As a home-based virtual assistant or bookkeeper, for example, you may even find that you end up working fewer hours than you did as a full-time employee, yet still take home the same wage. This is largely because, again, you’re not travelling to the workplace so you can get started on the day’s work earlier, but home-based workers are also more productive so you’re also getting more things done.

One landmark study conducted by Stanford University in the US found that home-based workers of a call centre were actually 13.5 percent more productive working from home than they were working in the office. That’s almost an additional workday each week. The study’s author, Stanford University Professor, Nicholas Bloom, attributed the increased productivity to a reduction in what he called the ‘cake in the break room’ effect, or the general chit-chat that goes on between colleagues when they’re all shoved into one space together – especially now with the trend moving towards completely open-plan offices increases.

Essentially, nearly every office-worker spends at least one day each week either travelling to work or talking with their colleagues. What this means is that home-based workers have the opportunity to spend the same amount of hours working from home that they would in an office environment – which actually translates to fewer hours working – and take home the same salary they would as a full-time employee of a company (and claim more expenses as tax deductions) – or fill that additional day each week with additional work and earn more money.

This doesn’t even fully take into account the opportunities home-based workers have to develop and grow their career at a much faster rate than full-time employees by utilising networking opportunities and other partnerships with self-employed entrepreneurs to grow their business and participate in different projects.

So while the unemployment rate doesn’t really tell the full story in relation to part-time work and underemployment, that doesn’t mean there isn’t still great opportunity for savvy home-based workers to take advantage of the increasing amount of part-time work on offer.

To learn more about starting a home-based business, continue reading our blog or enrol in our small business management course, which includes subjects on small business start-up and administration, finance, and marketing.

How to work from home in your own business

In conjunction with the StartUp Academy we’ve contributed to a guide that takes you through the methods many independent contractors use to build a strong reputation online and choose their own hours while working from their own home. Feel free to check it out: http://startupacademy.com.au/independent-contractor/