What are VAT Charges and How Do They Differ Between Countries? 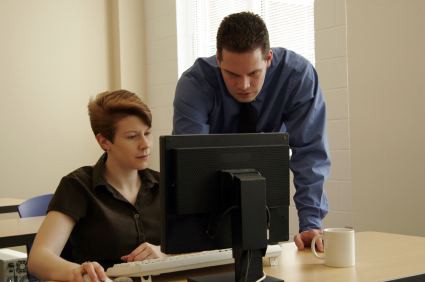 More than 160 countries apply value added tax (VAT); we examine what VAT means and how it is charged.

VAT simply means a value added tax. In Australia, the goods and services tax (GST)  is a VAT of 10% on most goods and services sales. Further, VAT tax is a consumption tax that’s collected incrementally, based on the increase, or “value added,” to the price of each good or service. More than 160 countries charge VAT or GST.

The key point of difference in VAT charges (or the aforementioned GST charges as they’re known in Australia), is that it is not a sales tax. Sales taxes are charged to consumers only, where VAT is charged to each person involved in the production and ultimate sale of a good or service.

Consider the manufacture and sale of the following item, which we’ll call a rod.

With VAT, the consumer has paid and the government received the same amount of as it would have with a sales tax. The difference is that, rather than having to certify that each person (the manufacturer, the retailer, etc) is not the final customer, each person in the production process collects the VAT to pass onto the government instead.

The downside here is that it results in increased accounting costs — wholesale companies now have to hire and pay accounting staff to handle the VAT paperwork, which they wouldn’t if sales tax was being collected instead.

VAT in other countries

The United Kingdom, South Africa, and Ireland have each instituted VAT charges, though as with the rest of the world, the rates differ in each country; in Canada it’s called GST.

Implemented VAT in 1973, the third-largest source of government revenue after income tax and the national insurance, at a rate of 10 percent. Over the years, it’s been increased and decreased, ultimately settling at three rates of VAT — standard (20%), reduced (5%) and zero (0%), while some items are exempt or sit outside the VAT system.

The standard rate covers most goods and services provided by U.K. registered businesses, while there are complex rules and guidelines for good and services imported from within the European Union — which is obviously subject to change due to Brexit.

Introduced VAT in 1991 at a rate of 10 percent. In 1993, it was increased to 14 percent, where it remained until finance minister Malusi Gigaba announced it would be increased by 1 percent to 15 percent, effective April 1, 2018. Some basic foodstuffs and paraffin are exempt from VAT.

Adopted VAT in 1971, in preparation of joining the European Economic Community (which would later become the European Union). Remember, we’re talking about southern Ireland (the Republic of Ireland), not northern Ireland, which is still part of Britain. European Union (EU) member states must charge a minimum of 15 percent VAT, but no more than 25 percent. Ireland’s current standard VAT rate is 23 percent, about the average for EU members. Some exemptions and discounts apply.

Implemented its goods and services tax (GST) in 1991 at a rate of 7 percent, which was ultimately decreased to 5 percent, the rate at which it remains. Some provinces collect both GST and a harmonized sales tax (HST), which combines GST with a provincial sales tax (PST). Provinces collecting HST rather than GST include: New Brunswick (15%), Newfoundland (15%), Nova Scotia (15%), Ontario (13%), Prince Edward (15%) and Quebec (14.75%). British Columbia, which charged HST (12%) until 2013, reverted to GST (5%) plus PST (7%). Advertised prices in Canada excluded taxes, which are calculated at time of purchase.

Do you need to get your head around finances and bookkeeping for your business?

Perhaps you need the help of a professional bookkeeper?

Perhaps you need one-to-one training, either remotely, or face to face, in order to get you up to speed with your financial reporting and bookkeeping?

Perhaps you want to learn Xero, MYOB or Quickbooks via an online training course?

National Bookkeeping can help you with all three — find out more about the bookkeepers looking to help small businesses all around Australia, our cost effective and flexible options for bookkeeping training, Excel and business startup training, and our online training course options.