All Work And No Play: Overtime in Australia

Why do Aussies work without pay? 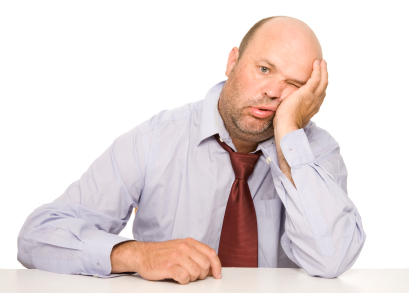 We know that all work and no play makes Johnny a dull boy. Yes we have our reasons, but does this mean you have to follow suit?

Starting a new business is really hard work. In the early days it’s not uncommon to work long hours while you’re establishing yourself, and even once you are established, there are still those occasions where you’ll have to put in those long hours — especially if you’re a sole trader.

For many people, the idea of never being able to clock off from work deters them from starting their own business, even when they really want the financial and creative freedom that comes with being self-employed. So instead, they settle for the Monday-Friday, 9-5 job.

For many people, the idea of never being able to clock off from work deters them from starting their own business, even when they really want the financial and creative freedom that comes with being self-employed.

But here’s the real truth about working 9-5: it don’t exist no more! Australia has some of the longest working hours in the developed world; most of which is unpaid. In fact, independent think tank, the Australia Institute, estimates that the value of unpaid overtime worked by Australian workers is around $110 billion across the year.

So why do we do it? There are a few reasons, actually.

What binds us to unpaid overtime

We work based on tasks, not hours. Most jobs demand that we complete a set number of tasks per day, not hours. But some employers are willfully blind to the amount of work they expect from their employees in a single day. So we absorb that responsibility, particularly now that we’re able to take our work home with us.

We’re afraid we’ll lose our jobs. People are going above and beyond to justify their existence in a soft job market, particularly as more jobs are being absorbed by others or made redundant by the adoption of new technologies.

We’re workaholics. I once worked at a company where my colleagues routinely worked back in the office until 9pm; even if they had finished their work well before then, they still stayed back so as not to be the odd one out. When I asked my workmates why they still hung around long after they’d finished their work, they told me it was because they didn’t want their bosses to think they were lazy. Time was, you were praised for being efficient and finishing your work on time; now, efficiency is apparently a curse.

We’re understaffed. Call it the hangover to the recession, but ever since the economic downturn of 2008, jobs have become fewer and fewer. Technology has replaced part of or even entire jobs, while also making it possible for us to work from any place at any time. As a result, the few employees left are forced to pick up the slack, even if that cuts into their own time.

We love our jobs. Many of us love our jobs so much that we feel a responsibility to ensure we’ve completed our tasks to the best of our ability. Health care workers, teachers who are committed to helping their students out of hours and people who work with animals are among those who readily give up the time to work additional, unpaid hours.

It seems that the jobs of most salaried workers actually look a lot like the job of the self-employed, minus the satisfaction you get from running your own business. So if you’ve ever been deterred by the thought of starting your own business, opting for the clock-in/clock-out of a salaried position, NOW may be the time to rethink that position.

For those of you who are budget savvy, our Complete Business Cloud Package provides every training course you need to START YOUR OWN BUSINESS with confidence, a plan — and your own dedicated Course Completion Coach. Find out more

Scholarships and Funding in 2021

Hire Keen Employees at a Discount

Learn about our HR Advice

Subscribe for free business tips and training videos plus announcements