I Was Thinking About You 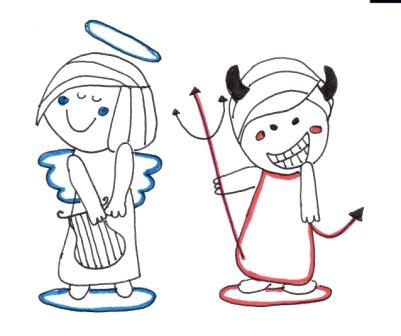 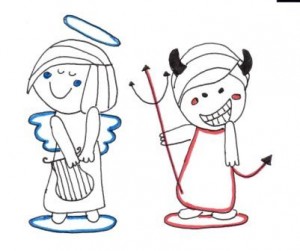 We mentioned in a previous post that in business you’re always managing and taking risks and that part of managing and minimising these risks is planning. Planning is fundamental part of operating a business, which is why many of the subjects in our Small Business Management and Start-up Course are concerned with creating plans – marketing plans, financial plans and business plans.

I made that last post a bit of a family affair, by talking about my son, Sean, who’d managed to climb out of his cot in search of his favourite red ball, and so I thought I’d continue in that tradition, and talk about my other son, Liam, this week.

A Little About This 8-Year Old…

Liam is eight, and it occurred to me recently that much of his personality and character traits might have already been established. As St Ignatius Loyola once said, “Give me a child until he is seven and I will show you the man.”

I was out with some friends recently, who were telling us about their son who is 21. He’d recently moved out with his girlfriend into a share house, but when his relationship broke up and he had to move out, he needed to find someone else to take over his portion of the lease, which ended in disaster.

The person who took over the lease was only 16, and so our friend’s son was now fielding phone calls from the 16 year-old’s parents, all while he was upset after breaking up with his girlfriend.

His father tried giving him some advice, but his son was too paralysed with self-doubt and supposed unworthiness (first loves, hey?) that he wasn’t able to resolve the issues with the share-house. This made me wonder whether that self-doubt was something he developed as a child, and it made me think about what Liam might be like at 21.

Overcoming the Voice of Doubt

Liam had recently been in trouble at school, for which his teacher gave him a detention, and Liam had been sick to his stomach worrying about it. When I went home that evening, I made sure I had a chat to Liam about his upcoming detention.

While I didn’t want Liam to think it was okay to behave badly at school, I also didn’t want him to become so paralysed with self-doubt that he wouldn’t be able to work out his problems, either. I wanted Liam to know that sometimes when things go wrong – even if they’re your fault – you still need to have enough self-confidence to work through them.

I’m sharing this with you now, because I think that it’s not only an important lesson for our kids, but for us too, particularly when you’re in business for yourself. So whatever that nagging voice in the back of your head tells you – you’re not smart enough, clever enough, strong enough – ignore it.

The Power of Positive Thinking